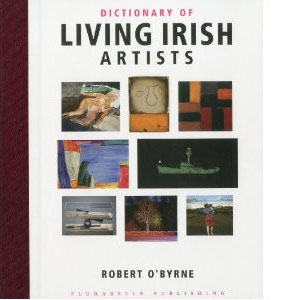 Son of artist Seamus O'Colmain, it now seems inevitable that Eamon Colman would follow the same course as his father although this by no means looked such a certainty when he was young and worked in a variety of fields. And whilst the older man recorded urban scenes in a literal fashion, Colman paints landscapes of intensely subjective and lyrical abstraction. Like Harry Kernoff, the elder O'Colmain was very much a Dubliner whereas his son, despite being raised in the city has since moved to County Kilkenny and clearly finds a rural environment more to his taste.

His subject matter, his inspiration, he finds not just in the Irish countryside but throughout the world; Colman has been an avid traveller for many years. It might be expected that the consequence of these various journeys would be plainly evident, with paintings produced on his return from India quite different from those created after time spent in the United States. This is not the case. Stylistically Colman has been remarkably consistent for almost three decades. As Aidan Dunne noted in a 2006 monograph on the artist, his travels offer 'spiritual rebirth' and while they 'have clearly been of huge personal significance, and continue to resonate through the paintings,' these could be described as 'meditations on the experience of being immersed in the landscape.' Regardless of his work's non-figurative character, Colman is reluctant to be classified as an abstract artist, telling Brian McAvera in 2007 that what he does is 'a response to something, a circle. For me, the reason I would use abstraction in a painting but never go the whole hog is that pure abstraction is a pure response - a learnt one. I'm still getting to know my subject matter.' So perhaps he should be regarded as a landscape artist even if, unlike his father, he does not reproduce exactly what he sees but instead provides an emotional response to it.

The other constant in his work has been a use of vibrant colour, once more regardless of what part of the planet provided the inspiration. Questioned about this in 2006 by fellow artist Nigel Rolfe, Colman insisted all the colours he used could be found in the Irish landscape:'It's about how I actually see the world - I see it through colour. That's how I've always read the world.' He also observed that while colour has traditionally been viewed 'in a very sentimental way,' his own intention was 'to articulate through colour a personal emotion, and how we respond to something emotionally is instinctive and personal.' An obvious analogy can be made here with Howard Hodgkin - for whose work Colmanh as professed admiration - and also with David Hockney during his brilliantly coloured period in the 1980s. Mention must be made of the titles he gives his pictures: They put a road through the house of the Snake King (1994); Dawn leaned on a stick and moved towards day (1999); Solitary sanctuary, this abode of vacancy (2006). 'I think that fundamentally I am a storyteller,' he commented to Rolfe. 'I'm very aware that people need to tell their own stories and, through the telling of their stories, their livelihoods, their way of interacting with the landscape, all feedsback into the work.' Colman's work is far from being abstract. Each picture is in fact a kind of poetic narrative, a story waiting to be heard.

Dictionary of Living Irish Artists' features high-quality, full-colour images of work by 200 Irish artists alongside biographical details and information on exhibitions and awards. The artists included in the book are living and working today, mainly in Ireland (north and south) and some abroad. Earlier dictionaries of Irish artists (Strickland in 1913 and Snoddy in 1996 and 2002) only included artists who were dead at the time of publication and did not illustrate their work. Written by Robert O'Byrne, leading Irish arts commentator,'Dictionary of Living Irish Artists' will be the essential reference work for contemporary Irish art. It will be a must-have for collectors, dealers and anyone with an interest in Irish art. It provides art collectors throughout the world with an attractive introduction to artists such as Sean Scully, Dorothy Cross and Patrick Hall.